As in many other cities, the first „open drug scene“ emerged in Zurich in the second half of the 1960s. People met at the so-called Riviera on the banks of the Limmat, smoked hashish brought back from Afghanistan and Morocco, philosophised and made music. The lecture approaches this scene from different angles. It describes the practices of drug consumption, asks about the forms of drug supply and shows how repressive the so-called establishment was in its reaction. Had they responded in a more relaxed manner, Zurich would hardly have gained worldwide notoriety two decades later for its „Needle Park“, the open drug scene on the Platzspitz peninsula near the central station.

Peter-Paul Bänziger, Dr. habil., is a senior lecturer (Privatdozent) at the Department of History, University of Basel, and a senior researcher in the HERA-JRP »Governing the Narcotic City. Imaginaries, Practices and Discourses of Public Drug Cultures in European Cities from 1970 until Today (GONACI)« at the Open Universiteit (NL). 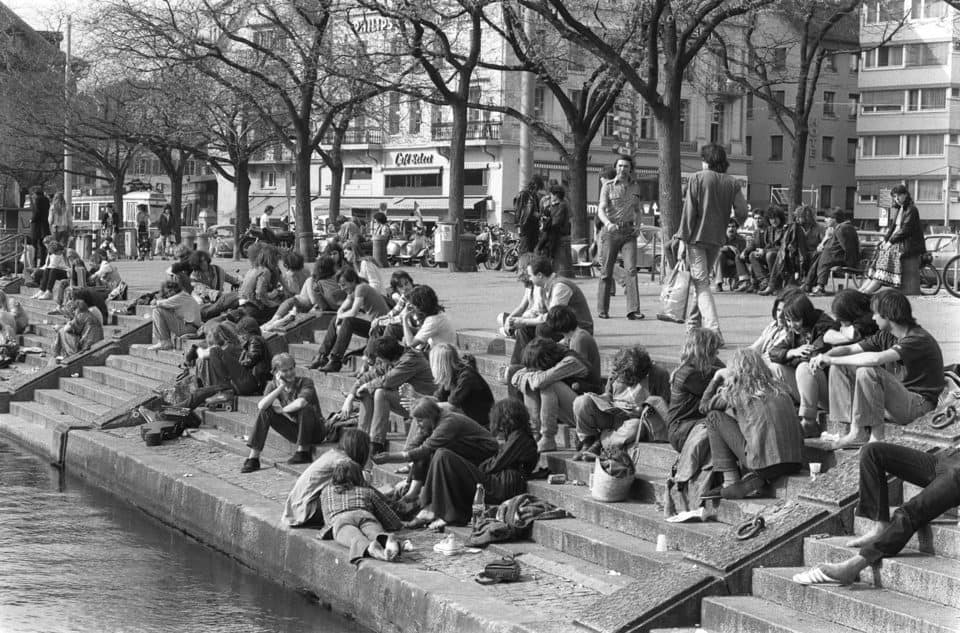 PARTICIPATION
Participants can register for the lecture via e-mail to presse@kwi-nrw.de by Monday, 8th of March 2021. Participants will then receive the Zoom link.